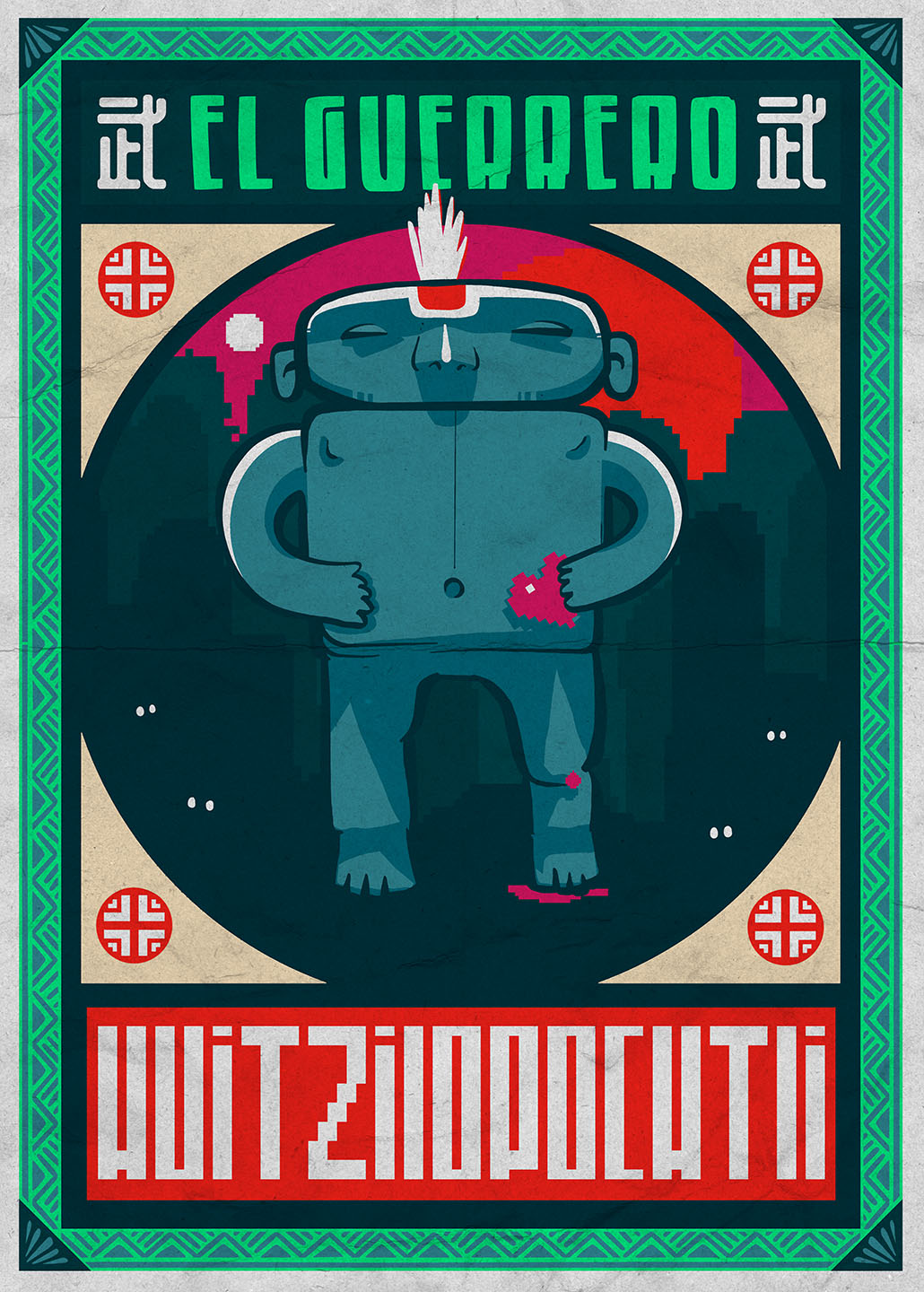 Our story begins with Coatlique, the earth goddess, mother to Coyolxanuhqui, goddess of the moon and to her male children, the gods of the stars. While upon Serpent Mountain she finds a ball of feathers and tucks it in her bosom. She looks for it later, but finds it missing. Coatlique realises she is pregnant and begins to tell her children the story of what had happened, but they do not believe her. The gods grow angry because a goddess could only give birth once to an original brood of gods and so vow to kill her. Led by Coyolxanuhqui, the moon goddess, they began to prepare for the brutal assault.

High above in the mountain shrine, Coatlique hears their raised voices planning her death. She cowers in fear, but then hears a voice from her womb telling her to not be afraid and that her new child will protect her. At that moment, Coatlique gives birth to Hutzilopochtli (Wee-tsee-loh-poch'-tlee), the Aztec god of war and the sun, who sprang forth fully grown and fully armed. With the help of a xiuhcoatl (a fire-snake), he kills his sister, Coyolxanuhqui, beheading and tearing her body into pieces of which he hurls down the mountain in disregard. He catapults her head into the sky, which becomes the Moon, then assassinates his four hundred brothers who turn into the stars.

This momentous battle between Huitzilopochtli and his siblings is etched into the heavens above us every day. Between sunrise and sunset Huitzilopochtli (the sun) chases Coyolxanuhqui (the moon) across the skies. Finally, our warrior battles his way through the underworld by night as Coyolxauhqui’s dismembered head is hurled into the twilight skies above.